The Benefits of our yoghurt 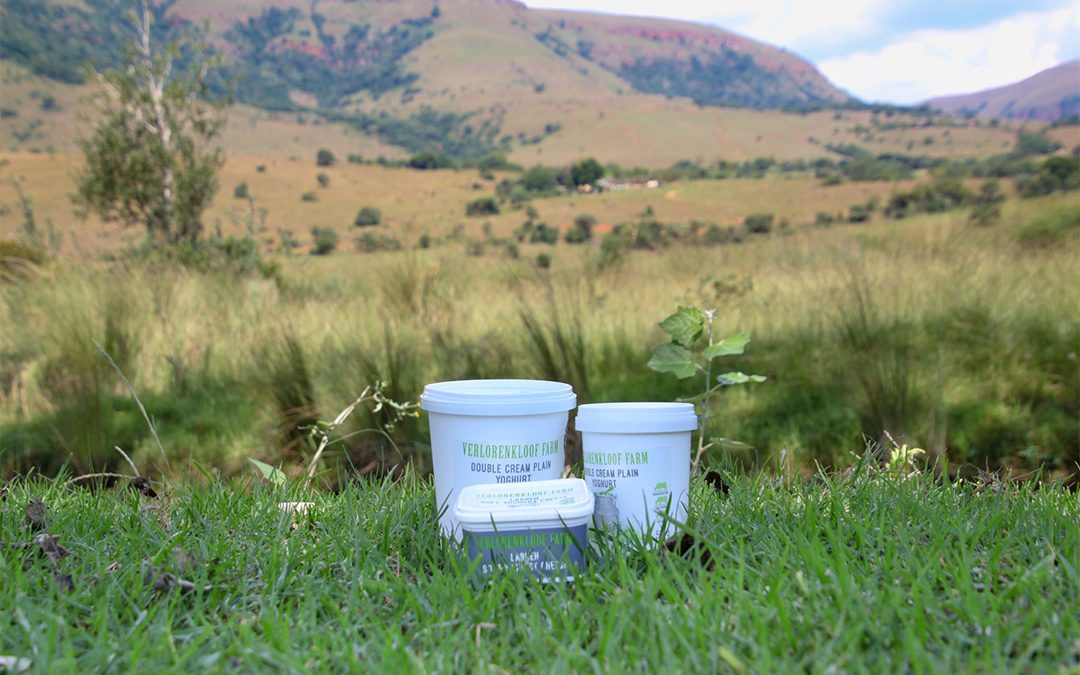 Yoghurt is the product of milk that has been fermented primarily by a class of bacteria called Lactobacillus. This bacteria converts lactose (the main sugar in milk) into lactic acid and in so doing  reduces the pH of the milk from around 7 down to 4.6 or there about. This acidification of the milk causes the milk solids or curd to separate from the whey which is primarily water with some soluble salts and sugars in it. The primary reason for fermenting milk used to be that the low pH acts as a natural preservative that prevents the growth of many fungi and bacteria that can cause sickness in people before refrigeration was invented. Fresh milk would be stored in goat skin bags and would naturally sour and curdle into yoghurt. There are several historical references to thickened milk products from places such as ancient Egypt, Greece and Eastern Europe and it can be assumed that since people started milking animals yoghurt has been around.

THE MAGIC OF FERMENTATION

Fermentation of foods is an ancient technology that has been used to preserve foods. A big plus is that fermentation adds many health benefits to food. Fermentation essentially means you use bacteria to pre-digest your food before you consume it and this is actually occurring in your body all the time. The term Probiotics refers to bacteria that occur naturally in a person’s body and have a beneficial effect for your health; in fact people would not be able to survive without them. Fermentation takes complex sugars, proteins and other molecules and breaks them down into more simple forms that are easily and more efficiently absorbed by your body. Additionally fermented foods that are still whole (have not been sterilised) also introduce the host of good bacteria or Probiotics into your body thus increasing the micro-flora (microscopic organisms) in your body and thus helping along your natural fermentation. This introduction of Probiotics has been shown to help regulate digestion, combat ulcer forming bacteria thus preventing infection and increasing water uptake in the gut thus preventing dehydration.

Human beings, along with the other animals, evolved to drink milk as infants to deliver a concentrated boost of nutrients to the body in an easily digestible form. Milk contains high levels of essential growth nutrients such as calcium, potassium and vitamins as well as high levels of sugars, fats and proteins. As infants, this formula is vitally important to rapidly develop the body, but as we get older we would naturally no longer have access to milk, and most people stop producing the enzyme needed for specific milk digestion at around the age of four. This enzyme called lactase is responsible for the digestion of Lactose – the primary sugar in milk – and without it, people develop lactose intolerance. Lactose intolerance is a disorder that causes several digestive difficulties when consuming dairy products. The Lactobacillus bacterium, however, digests the lactose during the fermentation process thus greatly reducing the amount of lactose in yoghurt and making it more easily digestible for people. In this way, the nutrient benefits of milk are still easily accessible to adults.

Yoghurt is essentially milk in a concentrated form so all the benefits ascribed to milk can also be ascribed to yoghurt. It has high calcium levels for strong bones and the high lactic acid levels actually make the calcium more easily absorbed by the body. Furthermore it’s high in potassium and studies have shown that getting enough potassium in your diet helps to normalise the sodium potassium levels in your blood that lowers your risk of high blood pressure. Through fermentation the levels of especially Vitamin B12 are increased and other important vitamins such as the other B-vitamins and Vitamin D are also present. Yoghurt contains high levels of protein and fats and the fermentation process breaks these down into free amino acids and free fatty acids that are also much more easily digested and absorbed.

Milk is an excellent nutrient source for growth and maintenance of a healthy body and by converting the milk into yoghurt the nutrient availability and concentration of these nutrients is vastly increased. Fermentation adds to the food safety aspect by increasing the resistance of the yoghurt to the growth of pathogenic bacteria that cause food poisoning whilst promoting the growth of beneficial bacteria that assist in digestion and other bodily functions.